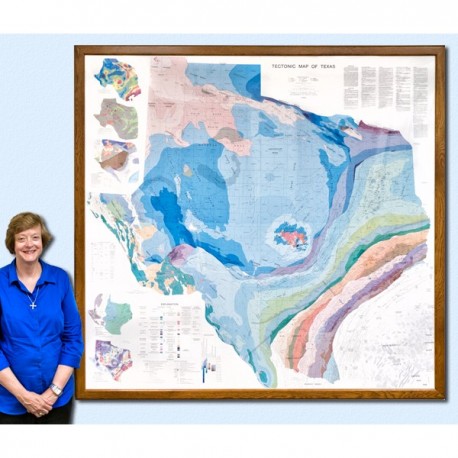 
About This Publication
This large map, which is in four quadrants, incorporates extensive surface and subsurface data from all areas of Texas, as well as adjoining parts of Mexico, New Mexico, Oklahoma, Arkansas, Louisiana, and the Gulf of Mexico. Lithotectonic units are shown in areas of basement exposure, such as the Van Horn area of Trans-Pecos Texas and the Llano region of Central Texas.