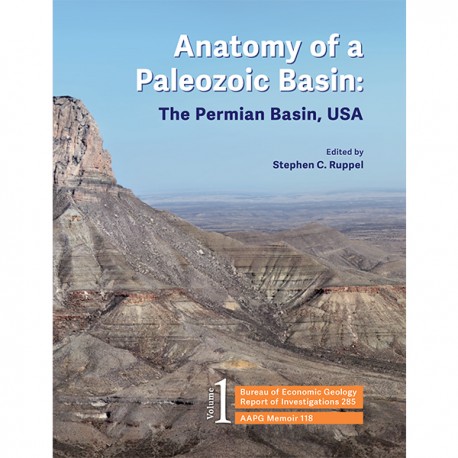 
About This Publication
This is Volume 1 of a two-volume set. The set is the first comprehensive analysis of the Permian Basin in more than 60 years. Collectively, these chapters provide a spectrum of data and interpretations that characterize one of the largest hydrocarbon-producing super basins in the world.

This publication will interest all who seek information on the distribution of hydrocarbons in the basin, as well as those wanting to better understand the evolution of the basin during the Phanerozoic.

Chapter 2
Constraints on structural and tectonic interpretations of the Permian Basin based on gravity and magnetic data, by G. R. Keller

Chapter 6
Silurian–Devonian conodont biostratigraphy in the southern Midcontinent region of North America, by J. E. Barrick and B. D. Meyer


Section 3: Paleozoic Stratigraphy and Sedimentology I

Chapter 13
The Fusselman of the Permian Basin: patterns in depositional and diagenetic facies development on a stable platform during the Late Ordovician–Early Silurian icehouse, by S. C. Ruppel