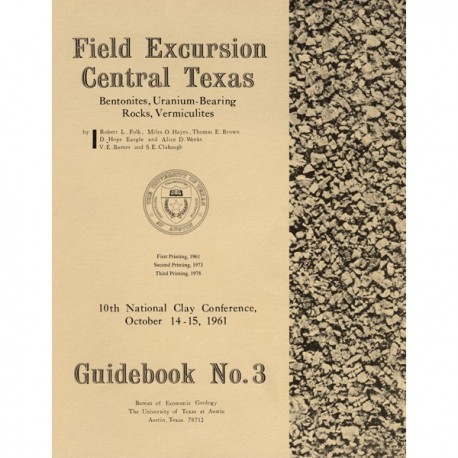 From the Foreword
This guidebook was prepared for field excursions planned in conjunction with the Tenth National Clay Conference...in 1961. Although the excursions were organized primarily for those concerned with the geology of clays, the guidebook deals with the general geology of the areas traversed, and it is to be hoped that it will be of general value to those interested in the geology of central Texas....