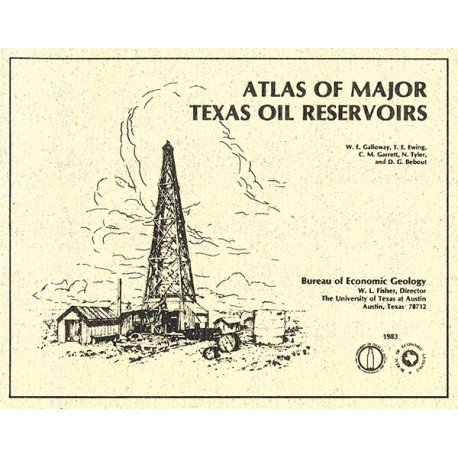 For a downloadable, digital version: AT0002D.

This product is no longer in stock


To purchase this publication on CD-ROM, please order AT0002CD.

From the Introduction
Petroleum exploration in Texas has resulted in the discovery of 156 billion barrels of oil. Of this amount, ultimate recovery is estimated at 61 billion barrels. As a part of a broad research program, the Bureau of Economic Geology has compiled geologic, engineering, and volumetric data for nearly 450 of the most productive oil reservoirs in the state. In collecting and synthesizing data, we emphasized the individual reservoir, or, in the terminology of older literature, the pool.

Reservoirs described in this atlas each produced at least 10 million barrels of oil and have adequate data available for useful geologic description. A few recently discovered reservoirs that will rapidly exceed this production level are also included, as are a few reservoirs that will produce slightly less but are nonetheless interesting geologically. In addition, the first section describes productive features of piercement salt-dome fields, even though the complex structure of these fields precludes formation of large individual reservoirs.