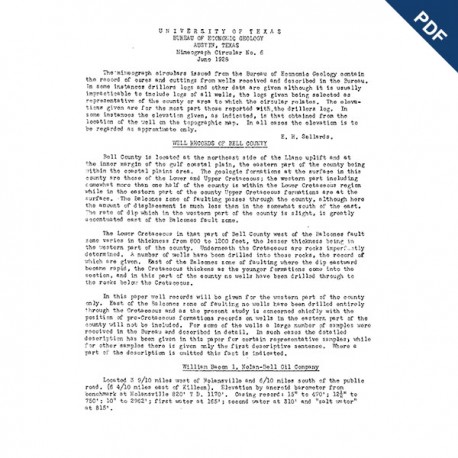 About This Document
This circular contains the following short sections:

William Bacon 1, Nolan-Bell Oil Company, located 6.4 miles east of Killeen. Log made from notes supplied by the driller, Mr. W. B. Knight. Samples described by E. B. Stiles, obtained at the well by E. H. Sellards.

Warrick 1, J. B. Hartman, located 6.8 miles northwest of Jarrell within about 0.50 mile of Williamson County line. Samples described by H. T. Kniker and E. B. Stiles, submitted by J. B. Hartman.