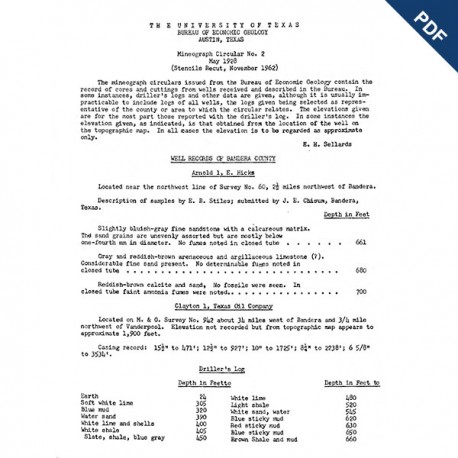 About the Well Record (WR) Series
[These] circulars issued from the Bureau of Economic Geology contain the record of cores and cuttings from well received and described in the Bureau. In some instances, driller's logs and other data are given, although it is usually impracticable to include logs of all wells, the logs given being selected as representative of the county or area to which the circular relates. The elevations given are for the most part those reported with the driller's log. In some instances the elevation given, as indicated, is that obtained from the location of the well on the topographic map. In all cases the elevation is to be regarded as approximate only.---E. H. Sellards