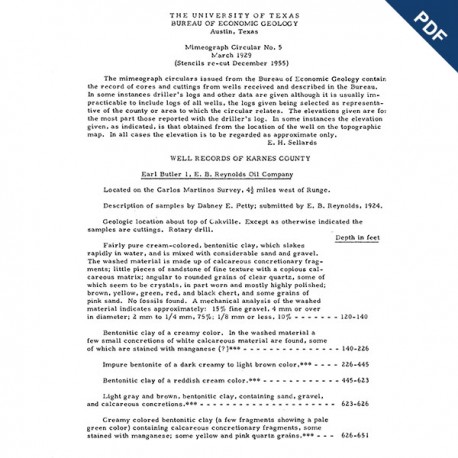 Manhattan Well, located at Karnes City. Samples described by J. A. Udden and E. B. Stiles.