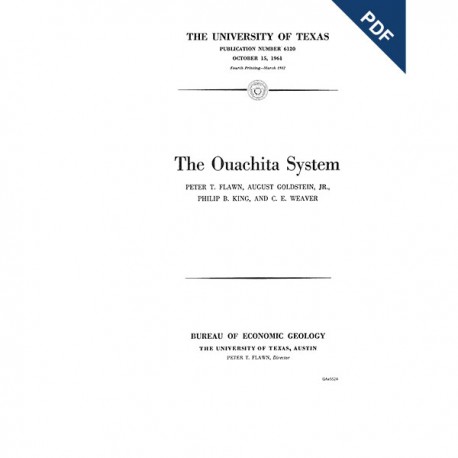 
About This Publication
This is a comprehensive study of a major subsurface structural feature extending through the State from northeast Texas to the
Trans-Pecos. The 5-year project included detailed petrographic studies of samples from wells that penetrated the belt. The main purpose of the project was to distinguish the major geologic elements within the belt and to evaluate the oil and gas potential of its frontal structures.  [Excerpted from the Bureau's Annual Report for 1961.]