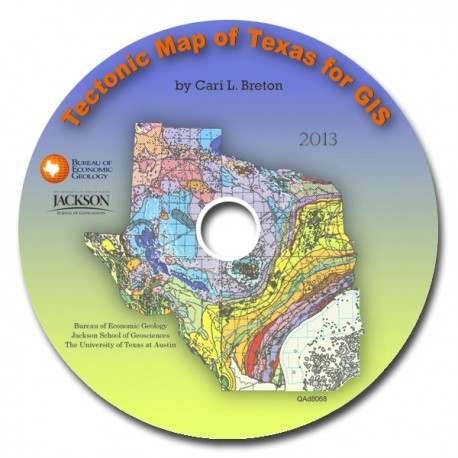 This product contains the digital version of the Tectonic Map of Texas, the GIS database, and the "Tectonic Framework of Texas" text.