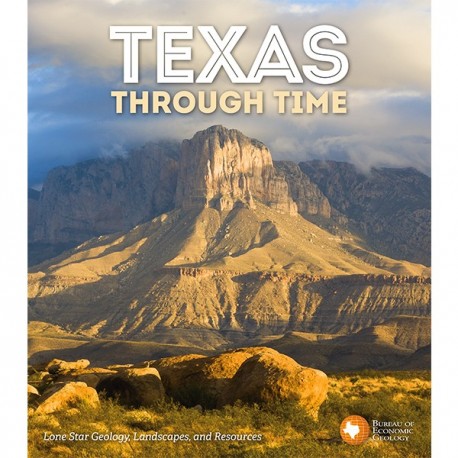 
To order this publication online, please "Add to Cart".

To order by phone, mail, or fax, please use our printable order form.

Explore the landscapes, rocks, and resources of Texas and 1.7 billion years of Earth history in Texas Through Time by noted geoscientist Thomas E. Ewing. Visit the ancient rocks of the Llano and Van Horn areas, the legacy of now-eroded Himalaya-type ranges that initially rose more than 1 billion years ago. Marvel at the giant West Texas Basin, so prolific in oil and gas, and the enigmatic Marathon and Ouachita Mountains. Watch North America separate from the supercontinent Pangea and create the enclosed, salt-rich Gulf of Mexico in its wake. Discover the vast carbonate platform that today makes up the Edwards Plateau and Texas Hill Country. And witness the complex story of mountain building, uplift, and delta building that formed today's Texas landscapes. Special chapters consider Texas resources and geologic hazards, as well as the impact of geology on human settlement during the last 15,000 years. Texas Through Time contains more than 500 full-color photos, illustrations, and maps, all showing the state’s development through geologic “deep time.”

One Journey Across Texas

Chapter 2 - What Is Geology?

Deep Time—Millions and Billions of Years

Chapter 3 - Texas in Space and Time: An Overview

What Is Beneath Texas?

How Old Is Texas?

Where Has Texas Been?

Who Were Our Neighbors?

Putting the Pieces Together

The Push from the West: Laramide Orogeny and Its Cousins (80–40 Ma)

West Texas Mountains: Volcanoes and the Transition to Rifting (48–18 Ma)

The Rise of the West: Rifting, Uplift, and Tilting of West Texas (25–0 Ma)

Filling in the Gulf of Mexico: Advancing Deltas, Shorelines, and Deep-Sea Fans (65–0 Ma)

Chapter 8 - Humans in the Geological Landscape: The Last 20,000 Years

Setting the Stage: Geology and Environment from the Last Glacial Maximum to the Present

The First Humans: Paleoindians and the Land They Found

Diverse Native Cultures in the Landscape: Archaic to Contact

American Uses of the Landscape and Resources

Chapter 10 - Earth Impacts and Hazards: Geology and the Environment

Thomas E. Ewing, Ph.D., has been an Earth scientist in Texas for 35 years, first with the Bureau of Economic Geology (BEG) and later as owner of Frontera Exploration Consultants and occasional lecturer at the University of Texas at San Antonio. He has given talks and led field trips across Texas for geologists and others, and his extensive publications include the Tectonic Map of Texas (BEG, 1990) and Landscapes, Water, and Man: Geology and History in the San Antonio Area of Texas (South Texas Geological Society, 2008). Dr. Ewing has held offices in the American Association of Petroleum Geologists, as well as in local and regional geology groups, and has received several awards for his service to the field. 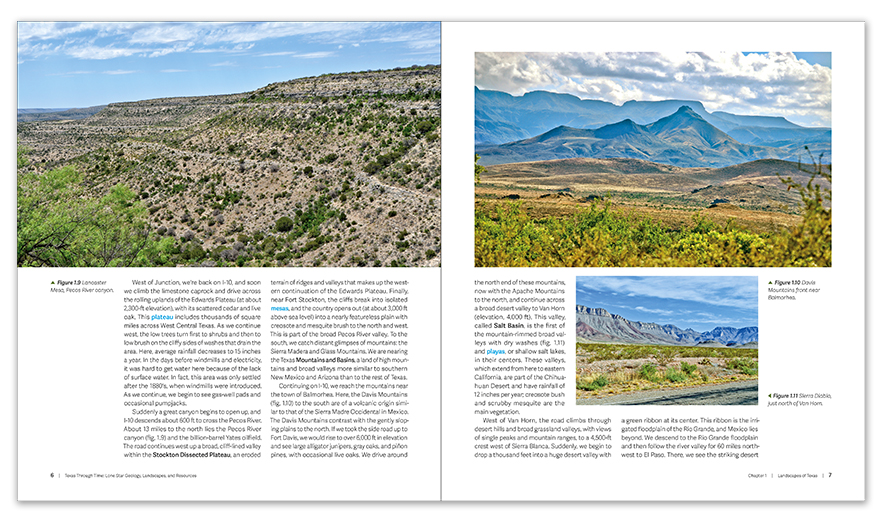 Sample from Chapter 1 - Landscapes of Texas 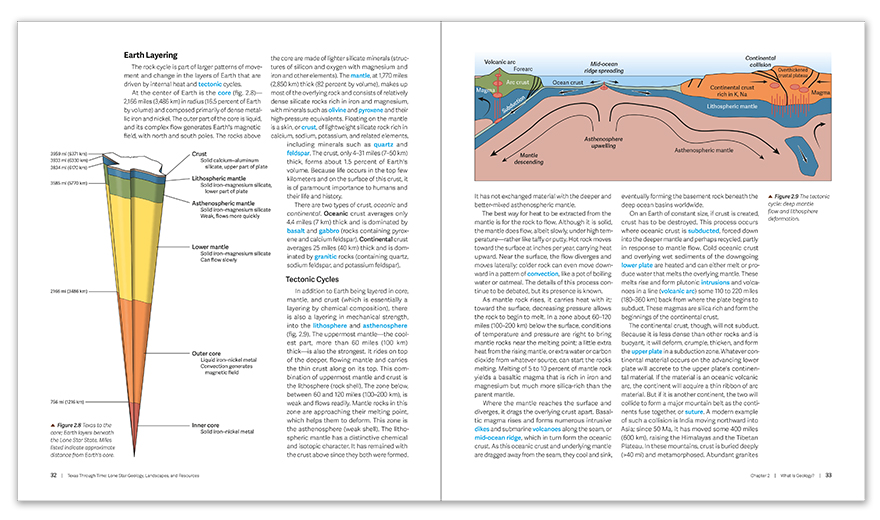 Sample from Chapter 2 - What is Geology? 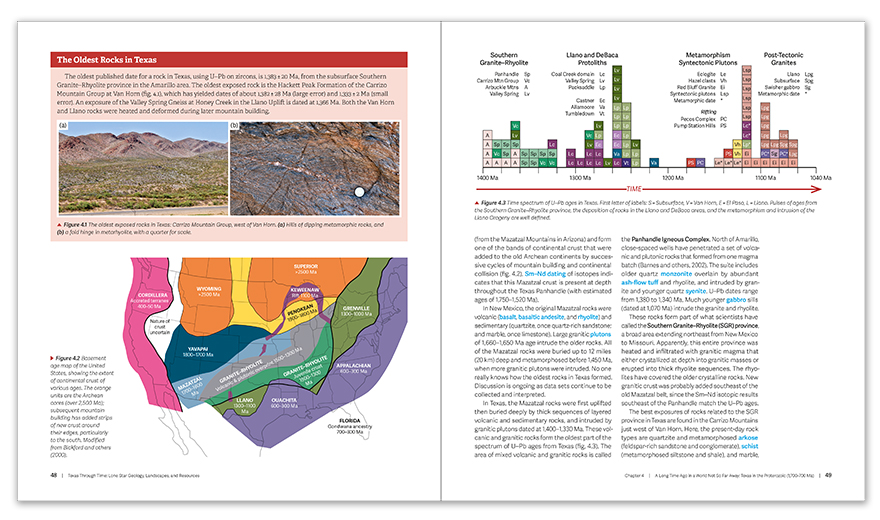 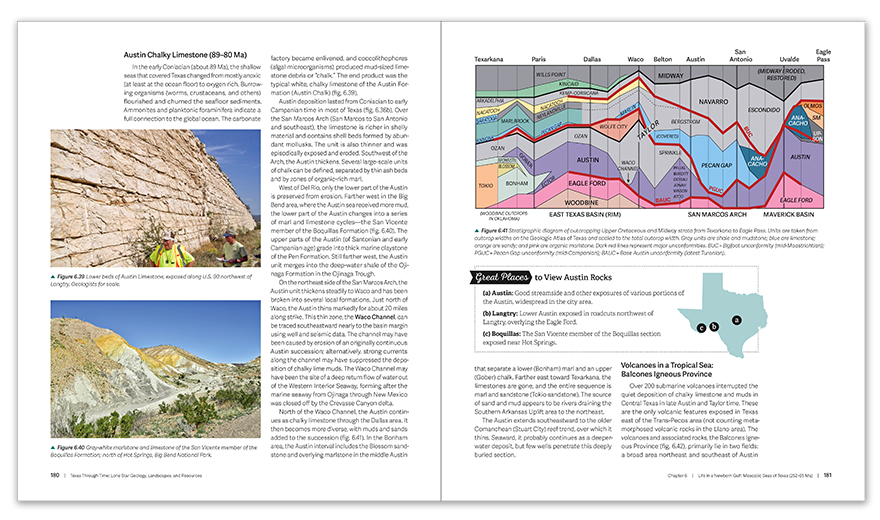 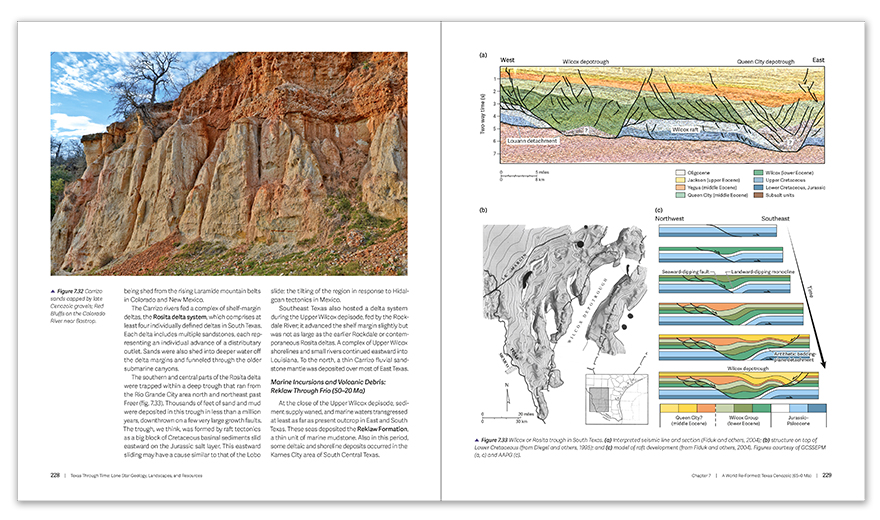 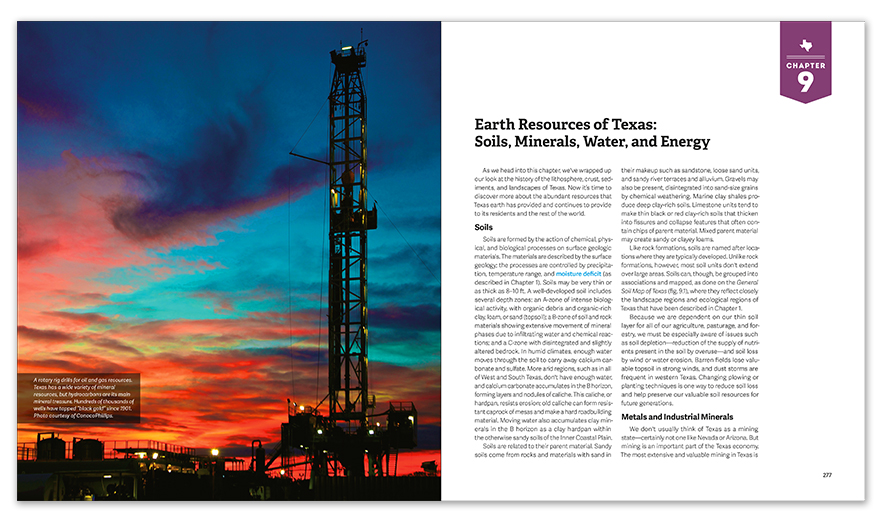 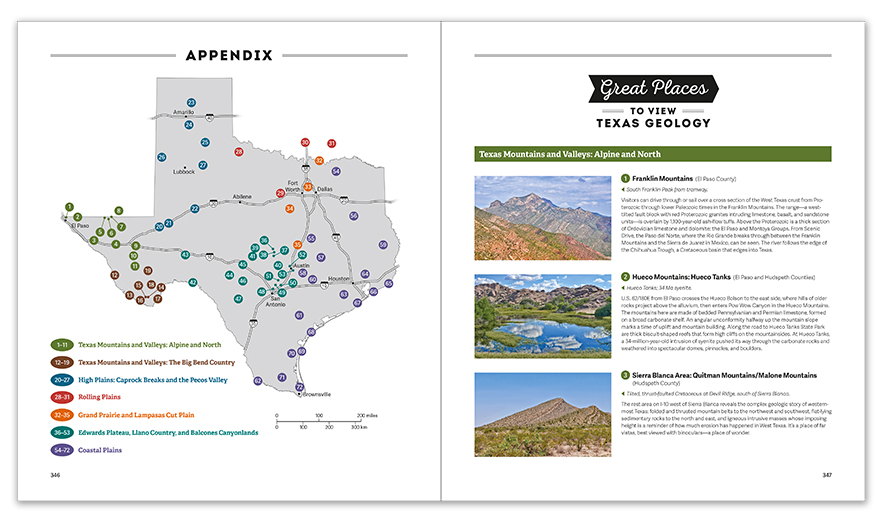