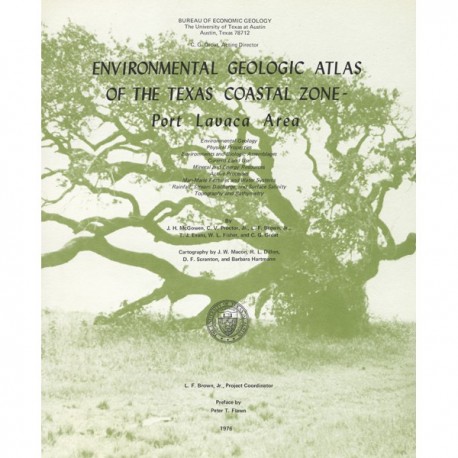 
To purchase this publication as a downloadable PDF, please order EA0007D.

About This Publication
The Port Lavaca area is situated between the marshy coastal lands of the upper Texas coast and the arid lands of the South Texas coast. As the transitional region between these two radically different areas, it exhibits most of the characteristics identified along the Coastal Zone. The Port Lavaca area is composed of vast, sparsely developed coastal plains and some of the least modified bays and estuaries in the Texas Coastal Zone. Though abundant natural resources are being utilized and urban complexes dot the area, hundreds of coastline miles remain essentially undeveloped in their original natural state. A large tonnage of both deepwater and intracoastal shipping flows into and out of the Port Lavaca area.