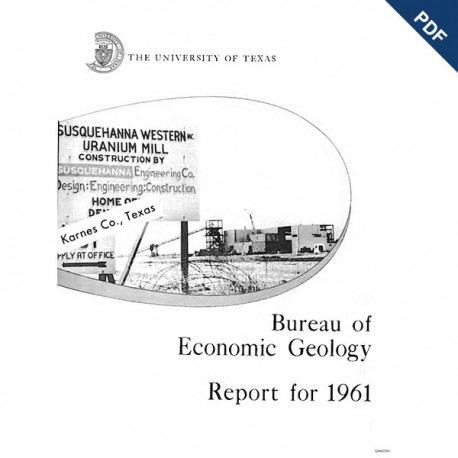 During 1961, Texas produced minerals valued at 4,219 million dollars to retain its position as the number one mineral-producing state. Nevertheless, the Bureau of Economic Geology is small compared to similar organizations in other states. Budgetwise, the Bureau ranks 23rd in available direct income and 16th in total income. The difference between total income and direct income lies in the Bureau's special-purpose endowment funds, publication funds, and project grants. These vary from year to year. However, in some of the states the geological survey organization carries on functions which in Texas are the responsibility of other State organizations and thus the comparison is not strictly accurate. It is of interest to note that among the states spending the most money for geological research and service are industrial states not regarded as particularly rich in mineral resources. In these states large sums are expended to develop non-metallic mineral resources, such as industrial sands, limestone and dolomite, and clays. This work needs to be accelerated in Texas.

The Bureau is engaged in both basic and applied geologic research and acts as a public information agency on mineral facts and problems in Texas. It compiles and publishes geologic maps with or without accompanying text, carries on studies in all fields of geology, particularly in economic geology, stratigraphy, and structural geology, and supports graduate instruction in geology at The University of Texas. The Mineral Technology Laboratory of the Bureau is a departmental analytical and testing laboratory concerned with commercial applications of Texas raw materials. The Well Sample Library maintains a collection of well samples and cores from all over the State which are accessible for study at the library. Publications of the Bureau cover all aspects of Texas geology; a list of reports and maps is available free on request.